"Life in an Independent Lifeboat" with York Rescue Boat

Robin was joined by David Wilson, Training Manager at York Rescue Boat in the UK to discuss why York Rescue Boat was formed, their mission and duties, callouts they receive, and how they use D4H to centrally manage their team planning and responses.

About York Rescue Boat and its Formation

York Rescue Boat is an independent lifeboat that was formed as a charity in 2014 after several deaths of young people in the rivers of York. York Rescue Boat provides proactive foot and boat patrols along the rivers in York every Friday and Saturday evening until the early hours and some other days and evenings depending on the number of visitors to the city or large events taking place. They also provide a 24/7 callout team that local Police or Fire and Rescue can call upon to assist with incidents on or near water in the local area. 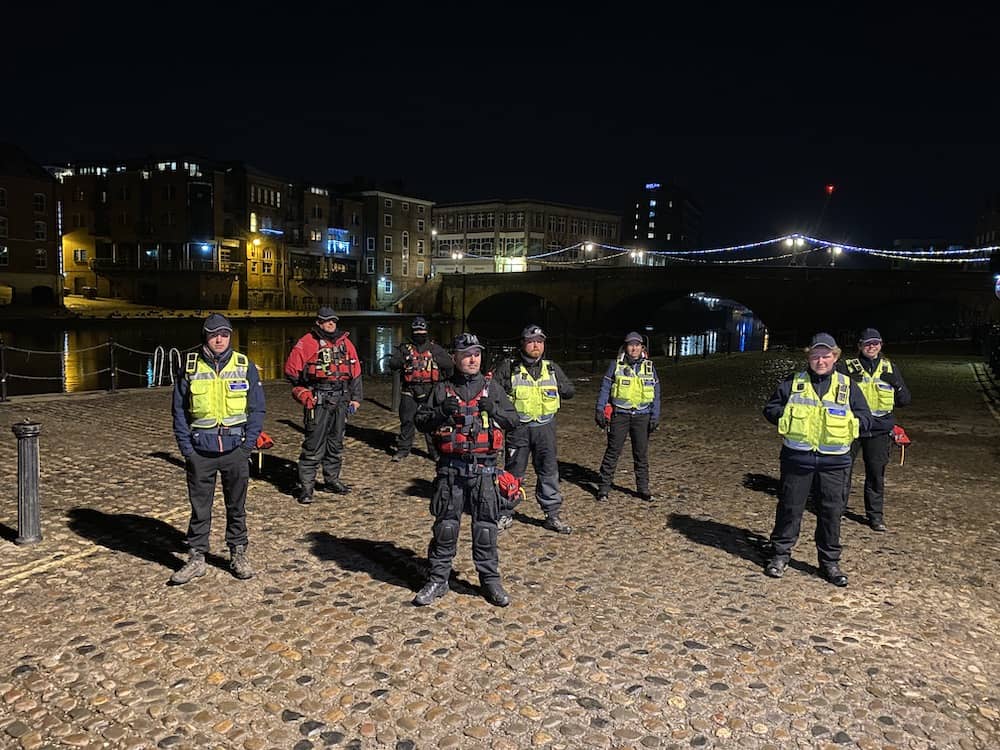 The team operates in the center of York, a city in the Northern part of England. The town has two rivers; the River Ouse and the River Foss. About 75% of their incidents come from the River Ouse, the larger river of the two. 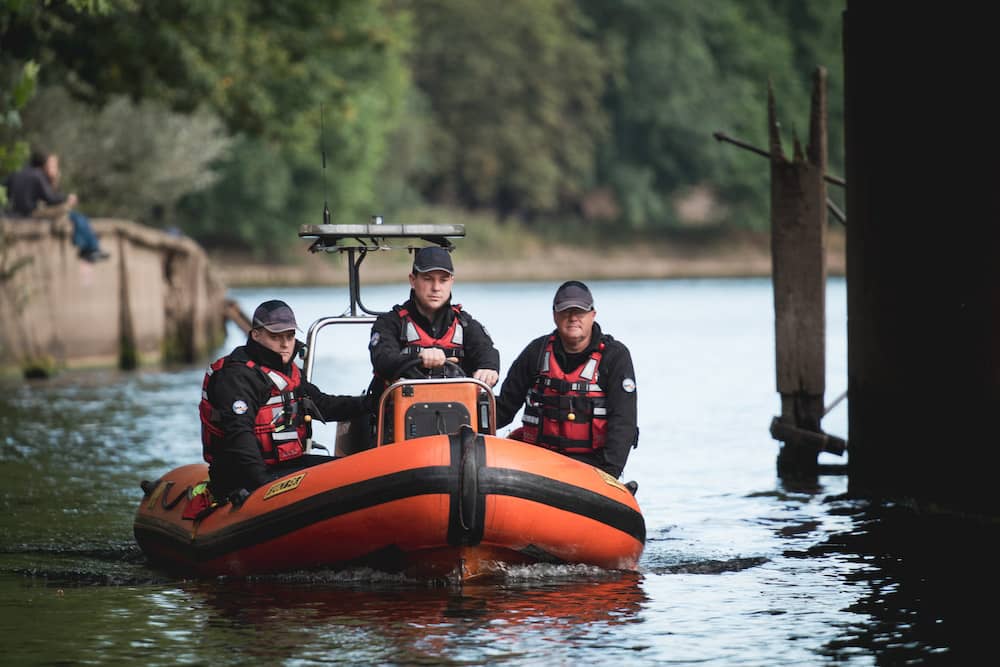 Common Callouts and How They are Tasked

Initially, the team thought incidents would mainly be pulling drunk people out of the river after a night out, but this turned out to be far from the case. The majority of York Rescue Boat’s callouts involve people suffering from mental health problems or missing person searches.

Yorkshire Fire and Rescue task the team for assistance with incidents on the water. The unit can also be tasked by the North Yorkshire Police, who deal with concern for safety reports and missing persons. The team can also respond to an incident if they come across it as part of their active patrols. It is written into their memorandum of understanding that they must involve the local authorities when this happens.

In November 2015 some of their volunteers qualified as flood rescue technicians and they were soon tasked as part of the national response to flooding caused by storms Desmond in Cumbria and Eva in Yorkshire. They are on the UK’s Flood Rescue National Asset Register and can be called anywhere in the UK if needed. 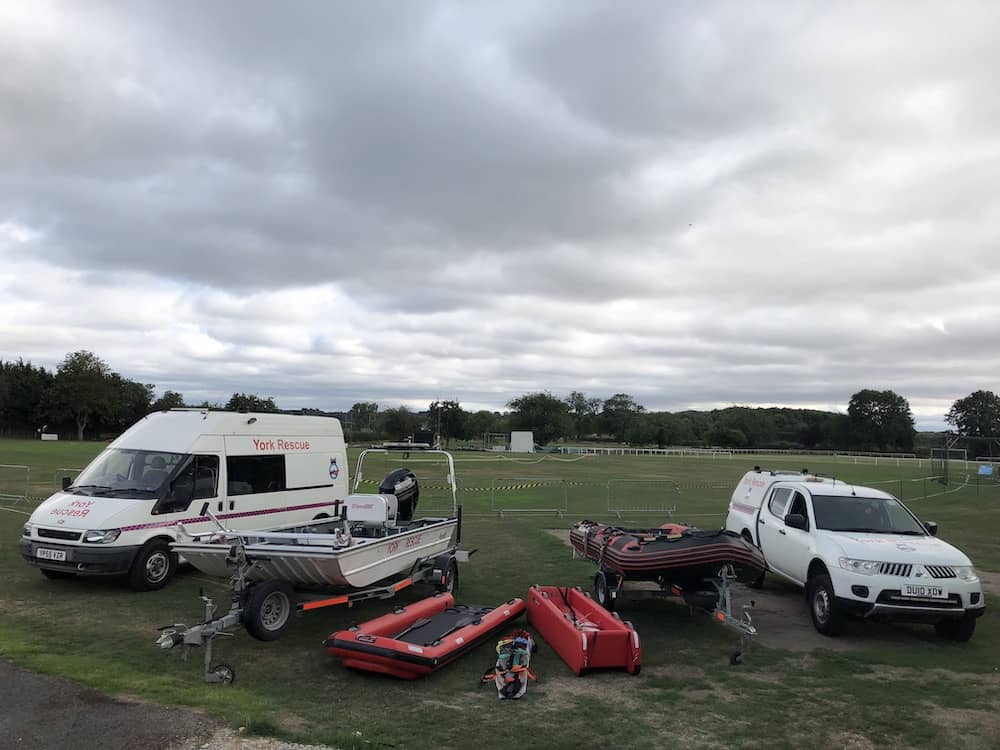 How many incidents per year?

It costs approximately £25,000 each year to keep the team running. The government does not directly fund York Rescue Boat; however, they can apply for grants. These grants are never guaranteed, so the team relies heavily on fundraising and donations from the public. 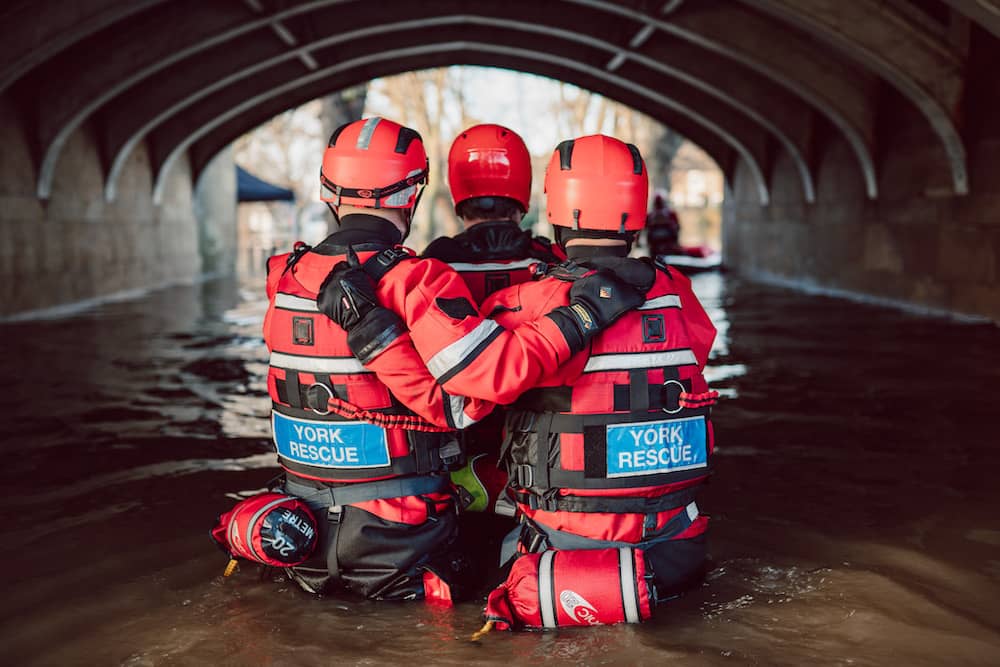 Car in the Water Training Exercise

Robin and David discussed an extensive multi-team emergency response training exercise that York Rescue Boat attended. They were tasked with a car that had entered the water. The first thing York Rescue Boat had to do was stabilize the vehicle to prevent it from moving further. This is an essential step as they may not know the subsurface, and there could be a ledge further out. They must also ensure the water pressure is equalized. Nowadays, most cars with electric windows will automatically roll down the windows when water is detected at a certain level. Sometimes, even if water is detected in a car key, the windows will be automatically opened. 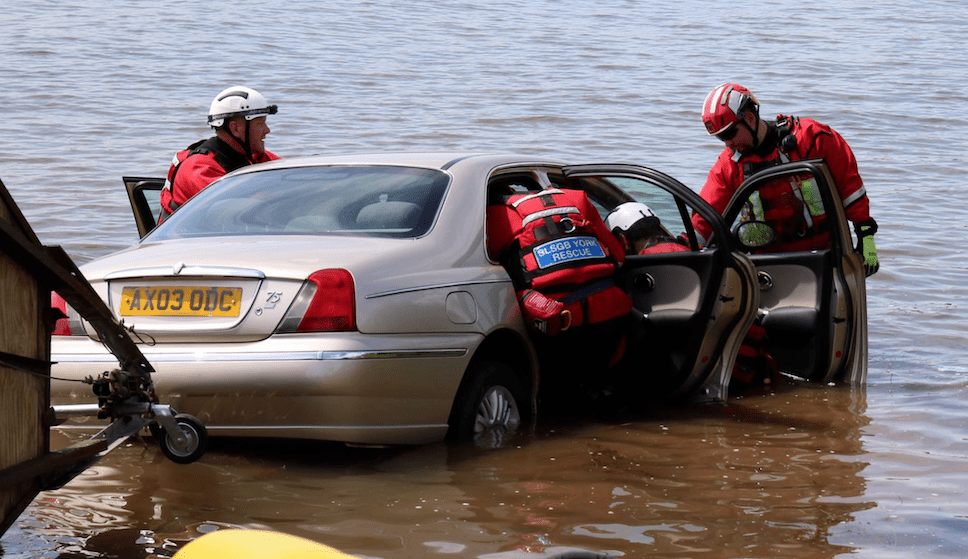 Running the Administration of York Rescue Boat with D4H

D4H’s main dashboard gives members a complete overview of everything that has happened recently, as well as upcoming events, upcoming tasks, and who is on-call. The whiteboard on the dashboard also allows team management to post important updates for a set amount of time.

D4H has made our life an awful lot easier, we’ve used it from the start.

The team logs the location of each callout in D4H, along with other incident details. As expected, the vast majority of York Rescue Boat’s responses are along the river in the center of York.

Using D4H’s map view of incidents, the team can view hotspots. Hotspot pins can be zoomed in on and broken down further to specific areas. This revealed that many incidents are located around the river’s bridges. These maps can be a great way to acquire funding, as they can act as proof of the need for additional support to tackle specific problems and areas.

Member Training and Qualifications in D4H

York Rescue Boat uses D4H Personnel & Training to track all training activities, roles, certifications, and qualifications. They can easily see all team qualifications, when they expire, and who is qualified.

D4H Equipment Management’s dashboard gives a full picture of the number of operational and unserviceable equipment, inspections due, expired equipment, repairs needed, and low supply levels. The team uses the equipment management platform to keep their gear organized and ensure it is ready for tasking.

In addition to the standard monthly, quarterly, and annual reports in D4H Incident Reporting, York Rescue Boat has created a number of custom reports. These have several functions, such as providing external agencies with information regarding qualification levels, as well as for tracking new members’ progress and attendance hours. 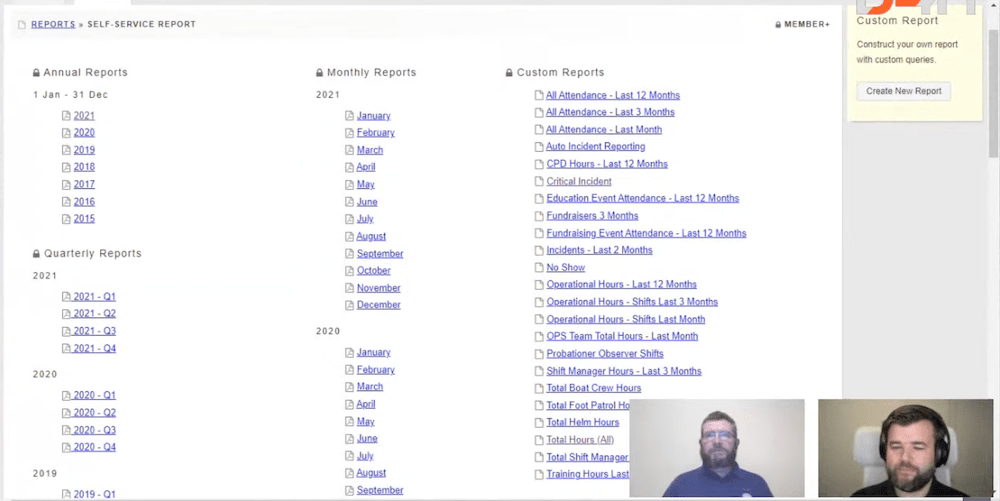 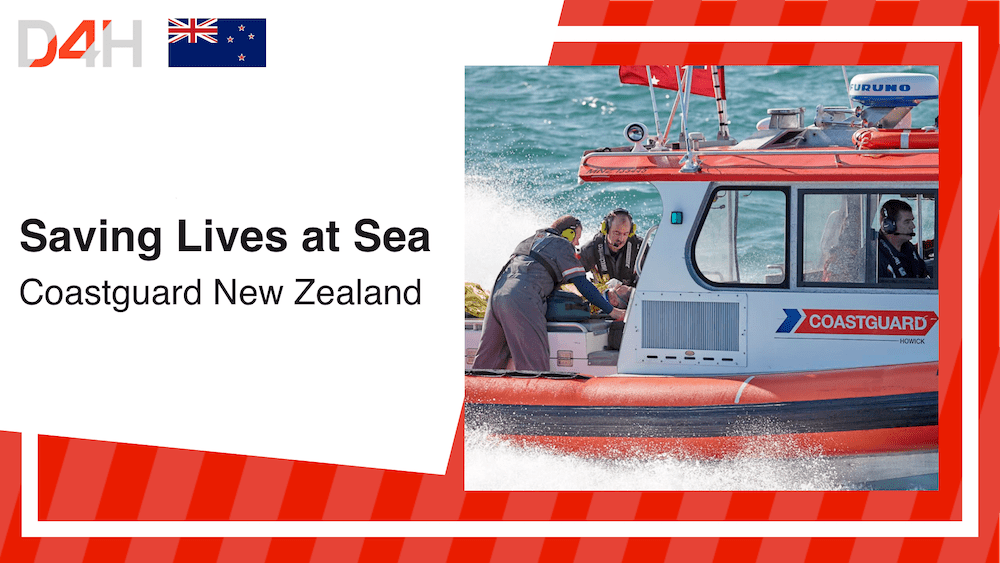 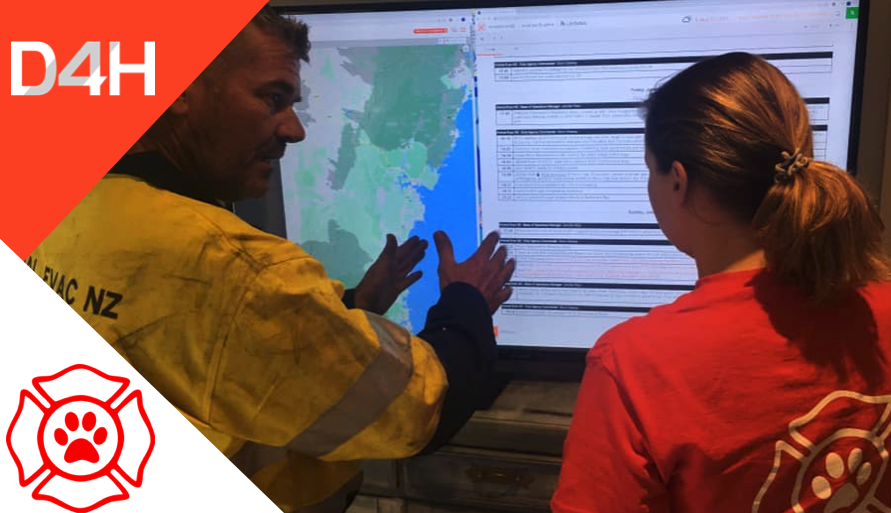 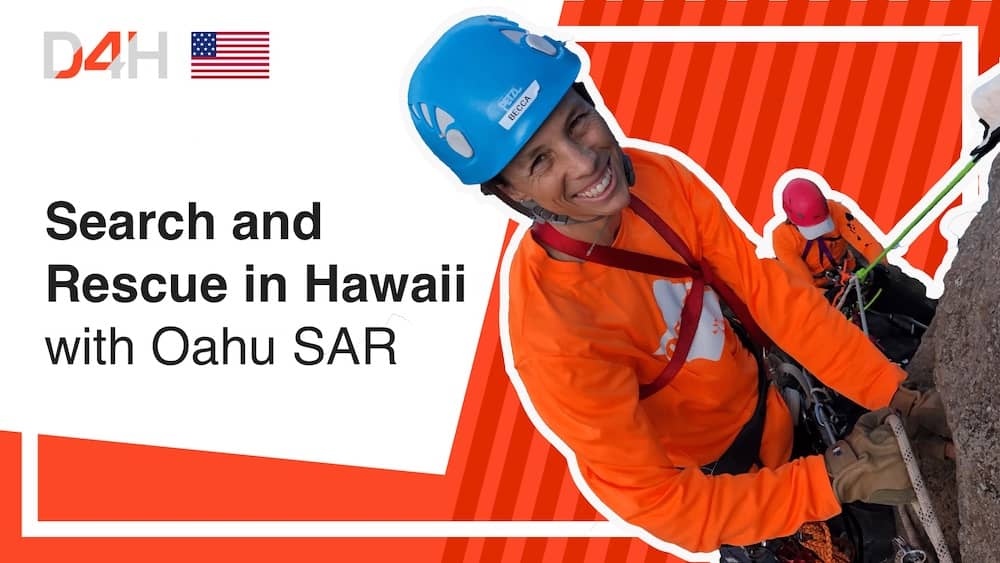 ondemand_video   "Search and Rescue in Hawaii" with Oahu SAR