"Life in a S.W.A.T. Team" with Berkeley County Sheriff's Department

Robin was joined by Lieutenant Matthew Rephann, Commander of Berkeley County Sheriff's Department's S.W.A.T. team in West Virginia to discuss the responsibilities of the S.W.A.T. team and some unique challenges they face. As Quartermaster for the Department, Lt. Rephann will also discussed how he uses D4H to manage a large inventory of highly specialized equipment.

Berkeley County is located in the Eastern Panhandle of West Virginia, on the East Coast of the U.S. They are North West of Washington D.C. and are considered part of their metropolitan area. Berkeley County has an area of approximately 321 square miles and a population of around 126,000 people. They are the second-largest county in West Virginia and also the second busiest.

Most of the county is rural; they also have a major highway, the I-81, that runs through the county. The S.W.A.T. team is also deployable in neighboring counties such as Morgan County and Jefferson County.

S.W.A.T. stands for Special Weapons and Tactics. First and foremost, the mission of a S.W.A.T. team is the preservation of life. They are specifically trained to use specialized equipment and weapons in dangerous circumstances such as high-risk hostage situations, arrest warrants, and searches.

The Sheriff’s Department uses a S.W.A.T. matrix system to determine whether the S.W.A.T. team should be deployed. The matrix consists of two pages of questions about various factors such as the situation, the target, the address, the suspect, potential weapons involved, and past criminal involvement. All of these elements count towards a numerical value that dictates whether the S.W.A.T. team should be utilized. During some exigent circumstances, the matrix does not need to be used. Lieutenant Rephann gave the example of a callout last year where there was a murder suspect barricaded into a residence; such events generally demand the automatic response of a S.W.A.T. team. 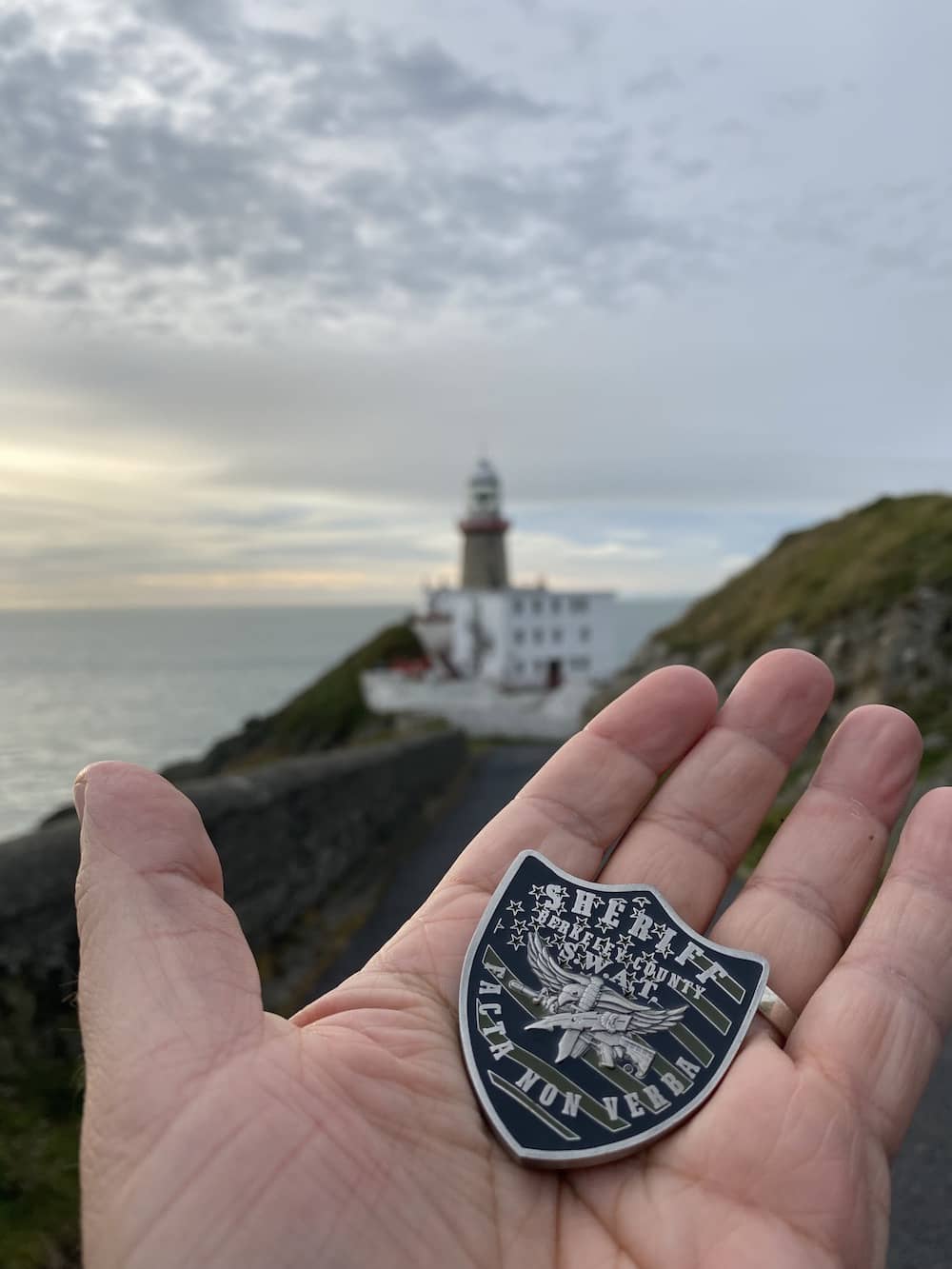 ‘Facta Non Verba’ is emblazoned across the bottom of Berkeley County S.W.A.T.’s challenge coin; this is Latin for ‘actions not words’. The team believes that their actions speak louder than words. They meet high standards of training and fitness.

During the twice-monthly trainings, mornings generally consist of physical training, and later in the day might consist of scenario-based training.

In Berkeley County, when they have a position available on the S.W.A.T. team, they will ask for resumes. Applicants need to have a minimum of two years of experience in the military or law enforcement to be considered. They must also meet the required physical fitness standards and precision shooting standards and pass a number of background checks. New members are placed in a probationary period for a year once they start. Currently, Berkeley County S.W.A.T. has ten members, as well as Lieutenant Rephann, the team commander.

What is the role of a Sheriff’s Department Quartermaster?

As the Department Quartermaster, Lieutenant Rephann is responsible for tracking, inventorying, maintaining, and upgrading all Sheriff’s Department equipment. He tracks all issued equipment to deputies, such as ballistic vests, hats, uniforms, tasers, magazines for weapons, holsters, weapons, boots, flashlights, handcuffs, and radios.

When Lieutenant Rephann entered the role of Department Quartermaster, he decided early on that he would need to find a software program to help him keep on top of the large inventory of specialized equipment as the previous method of tracking equipment on spreadsheets had become outdated and difficult to manage.

He settled on D4H Equipment Management as his one-stop shop for digitizing his inventory with proactive inspections, repairs, expiry dates, and service history logs. Lieutenant Rephann is currently in the process of inputting the department’s issued equipment into D4H Equipment Management. Rather than a bulk equipment import, he has chosen to do this methodically by inventorying and adding equipment simultaneously. He has entered approximately 3,700 items so far and will continue to enter all of the department’s equipment, weapons, P.P.E., and vehicles into the system. 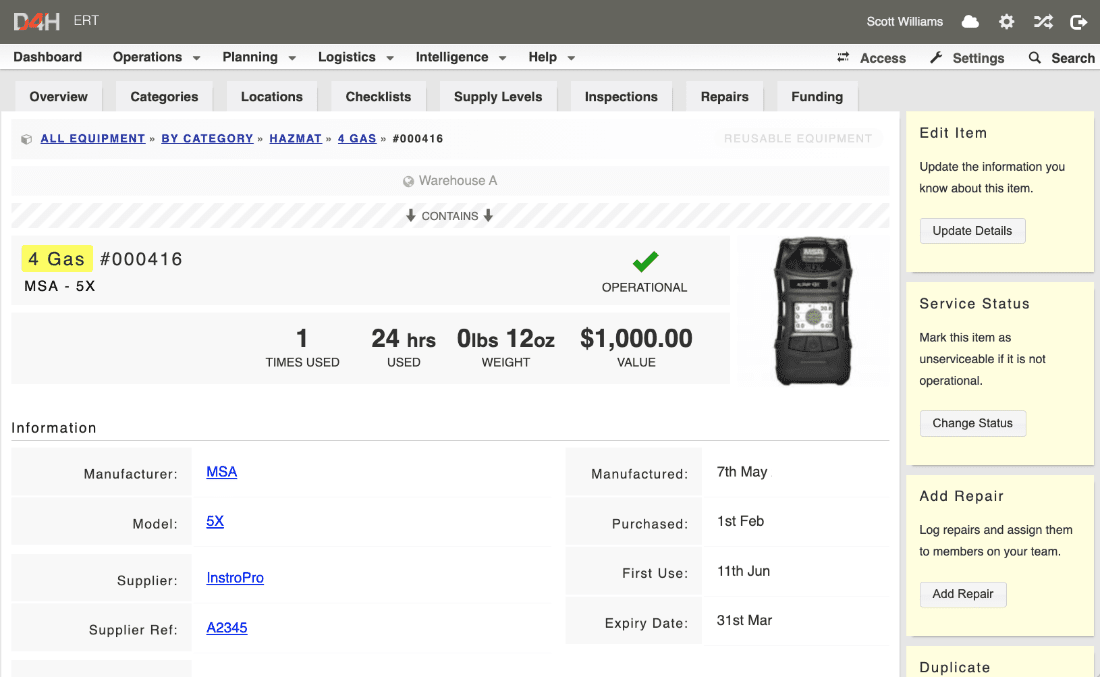