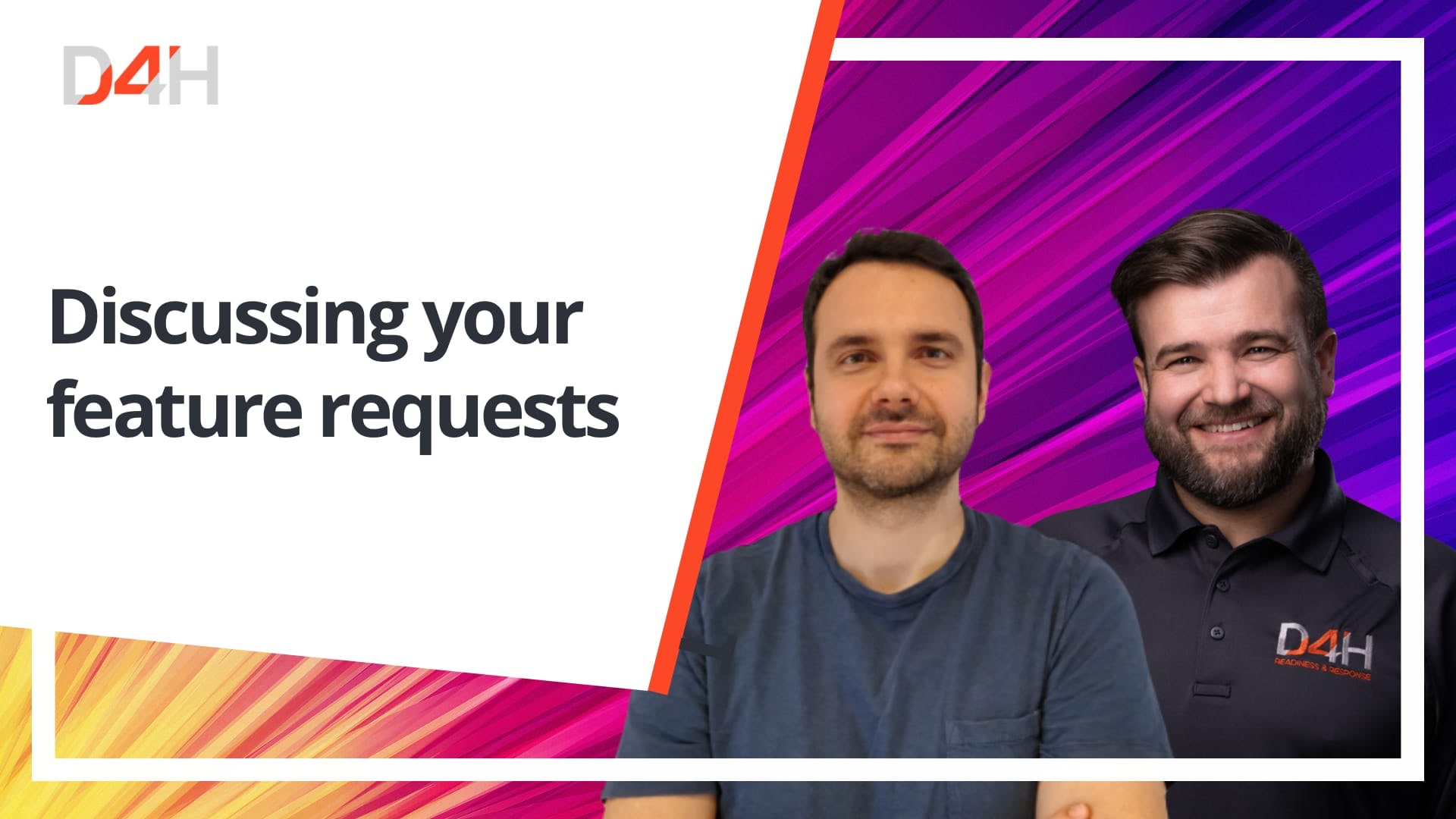 We asked our users to tell us what features they'd like to see from D4H in 2022 and received a big response! Robin, our CEO, and Mario, our CTO recently discussed these feature suggestions on the Bravo Zulu live stream series. Here's a breakdown of each feature request.

Andrew Wallwork is a Search Manager at South Fraser SAR in British Columbia, Canada. The team primarily covers Richmond, Delta, Surrey, and White Rock in Southern Vancouver. There are approximately 900,000 residents in the team’s service area. Since South Fraser SAR covers a more urban area, their callouts are generally to vulnerable people who have lost their way such as dementia patients and people with intellectual disabilities. Andrew’s feature requests were:

Casey Stevens is the Director of Lincoln County Emergency Management Agency (EMA) in Maine, United States. Lincoln County EMA is responsible for ensuring preparedness for emergencies in the county, as well as centrally managing incidents when they occur. There are 18 different towns within Lincoln County so there can be a great deal of coordination, communication, and collaboration involved between these towns during a weather event or other incident. These were Casey’s suggestions for D4H:

Jon Wickham is a Full Callout Team Member at Bowland Pennine Mountain Rescue Team. The team is a 100% volunteer charity, that covers mountain rescue, swiftwater rescue, technical steep ground and crag rescue, and vulnerable missing person searches across Lancashire in Northwest England. These are the feature requests that Jon raised:

Neil Brewer is a Search and Rescue Manager at Kent Harrison SAR in British Columbia, Canada. His team covers the eastern end of the Fraser Valley, about 150km east of Vancouver. The team covers about 2,500 square km of search area which includes a large lake, Harrison Lake, and a myriad of hiking trails and alpine trails. Responses vary from lost hikers to embankments, and water accidents. Neil suggested the following D4H features:

In our second feature requests live stream, Robin and Mario discussed the top comments from a recent post on D4H’s social media “If D4H could launch anything in 2022, what would it be?”. They were:

Here are Mario and Robin’s thoughts and plans…